Nasarawa State Governor, Engineer Abdullahi Sule, has awarded the contract for the construction of the about 50km road linking Toto, headquarters of Toto Local Government Area, with Umaisha, estimated to cost over N4bn.

Speaker, Nasarawa State House of Assembly, Rt. Hon Ibrahim Balarabe Abdullahi, disclosed this while delivering a speech during the distribution of relief materials to victims of the recent flood in Umaisha, on Thursday.

This is just as the speaker confirmed that Engineer Sule, only three days ago, approved for the relese of another N500m for the electrification of Ugya to Umaisha, with work on the project already commencing.

Commenting on the impact of the All Progressives Congress (APC) administration led by Engineer Sule, Rt. Hon Abdullahi, appreciated the Governor for tackling the menace of bandits and kidnappers, who previously plied their nefarious trade freely and unchecked.

He commended Engineer Sule for taking appropriate measures to secure the lives and property of the people of the area.

The speaker equally lauded the Governor for the award of a contract for the construction of a modern market in Toto to enhance economic activities, just as he acknowledged that Toto Local Government has its fair share of political appointees both at the Federal and state levels.

Rt. Hon Abdullahi also commended President Muhammadu Buhari for awarding the contract for the construction of the Abaji/Keffi road.

As a measure of the confidence and trust, the speaker assured the Governor of maximum support during the 2023 general elections.

“The people of Toto know the right thing to do. We are the home of APC. We will continue to support our amiable Governor and ensure that he secures another term in office,” the Speaker said.

In his speech, Nasarawa State Governor, Engineer Abdullahi Sule, sympathized and commiserated with those affected by the recent flood in the area.

Engineer Sule disclosed that, aware of the perennial nature of the flood with its devastating impact, governors met to find lasting solutions to the flood caused by the release of water from dams in neighboring Cameroon.

He said that governors have agreed to meet President Muhammadu Buhari on a two-way approach that could permanently address the seasonal flood.

“We will not wait every year for the floods to come and ravaged our communities, which explains why Nigerian governors sought for a permanent solution to the recurrent floods. Even with the flood detection technology installed here in Umaisha, the flood still came with its devastating impact.

“We approached the Federal Government with a view to contacting Cameroon to address the seasonal release of water from dams. We agreed to support Cameroon to expand their dam to contain more water. Also, we intend to appeal to commercial farms along waterways to construct their dams in order to reduce the inflow of water,” the Governor explained.

He announced a combined donation of relief materials from the Federal and Nasarawa State governments, aimed at cushioning the plight of the people affected by the recent flood.

He used the opportunity to appeal to the people, particularly the youths, on the need to live in peace, appreciating security agencies operating in the state, especially the police, army, special forces and the Nigerian Air Force for their surveillance which saw to the banishment of criminals from the area.

Engineer Sule equally appreciated spirited individuals who came to the rescue of the flood victims through the donation of food items and cash.

In a goodwill message, Executive Director, National Primary Health Care Development Agency (NPHCDA), Dr. Faisal Shuaib, appreciated the Governor for not only coming to the rescue of the people of the area affected by the recent flood, but for his laudable development strides in Toto Local Government Area.

Hon Aquatic used the opportunity to further request for the fencing and furnishing of the newly completed police divisional office in Umaisha, urging the Governor to reactivate the decision taken 20 years ago, to construct a bridge across the river passing through Umaisha that will link the North with the South East.

He announced that spirited individuals already came to the rescue of the affected persons whose houses and farms were destroyed by the flood. 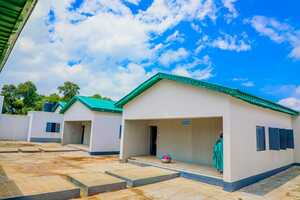 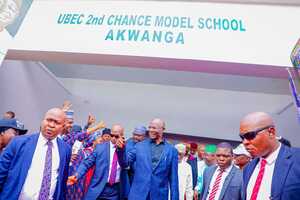 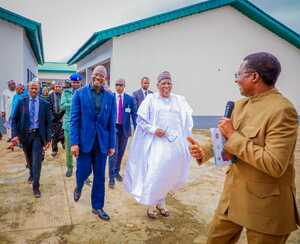 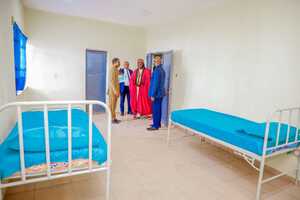 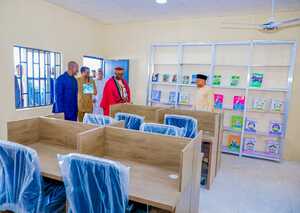 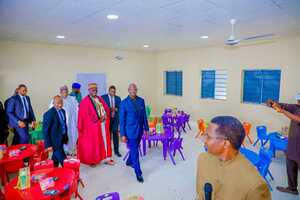 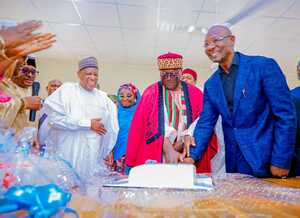 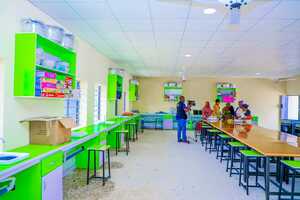 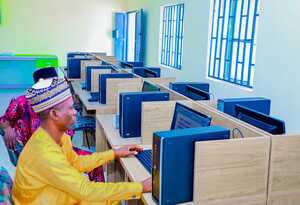 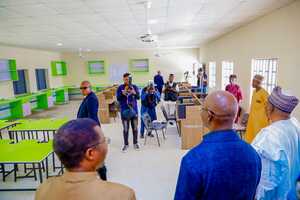 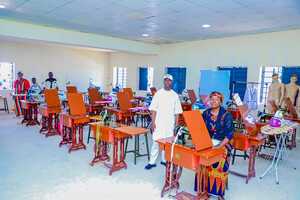 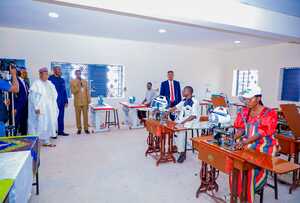 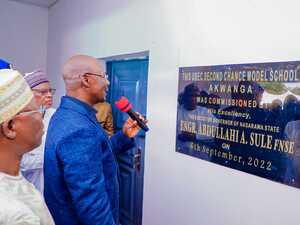 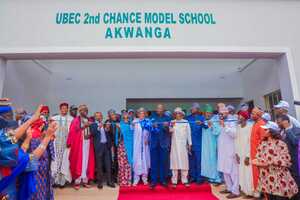 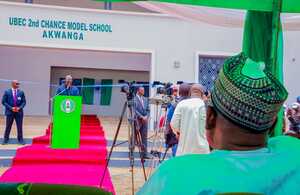 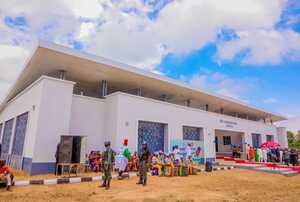 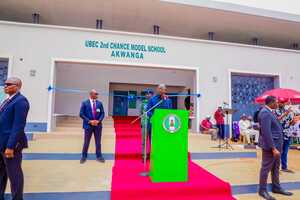 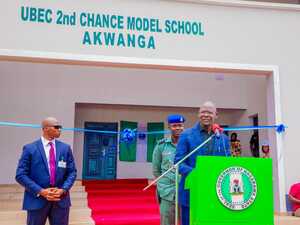 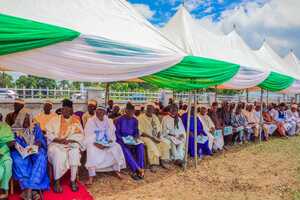 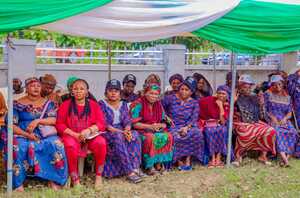 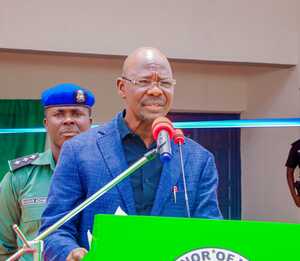 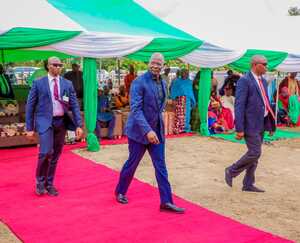 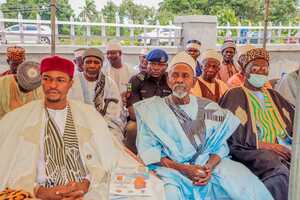 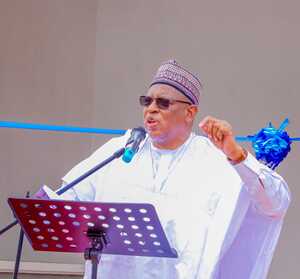 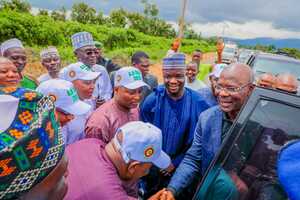 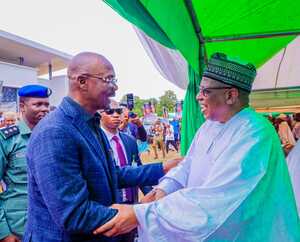 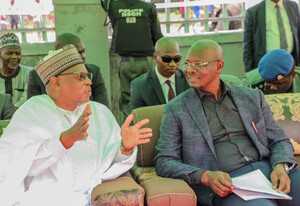 Gov. A.A Sule ahead of commissioning visited and inspects some ongoing projects;

But ahead of commissioning, today he visited:

This is to bring to your attention the following significant developments in the arrangements for the external audit of all public sector entities in Nasarawa State. In line with the State Audit Law of 2021.

In accordance with legislation, the two Audit Offices are henceforth stand alone and independent institutions with all financial, human, and material resources separated from the State Civil Service and the Local Government Service Commission.