The Bank of Industry (BOI) and Nasarawa State Government have signed a memorandum of understanding and officially launched N500m youth revolving funds in an event that took place at the Late Aliyu Akwe Doma Banquet Hall on 27th October, 2022 in Lafia.
In his speech during the signing ceremony, Governor Abdullahi Sule said the initiative would help in wealth creation through investment and employment opportunities generation for the youth of the state as government would closely monitor the scheme multiplyer effect.
The governor noted that the over two hundred youths that had already been trained through the human capital development office would be the first to access the funds to set up businesses that would help reduce restiveness amongst youths.
“Today’s occasion is significant as it is in tandem with the philosophy and vision of our administration particularly in the development of youths through the creation of equal opportunities for them to realize their potentials for socio-economic development of the state,” Governor Sule noted.
He commended the Bank of Industry for conceiving the idea of youth revolving scheme which is designed to grant soft loans to the youthful population to boost their economic viability through entrepreneurship.
Governor Sule explained that he had since approved the N250m matching counterpart fund and assured the people of the state that in the second phase, he intends to provide N500m as matching funds and the Bank of Industry would augment it with another N500m to make it N1bn youth revolving funds scheme in Nasarawa State.
On his part, Olukayode Pitan Managing Director/CEO Bank of Industry who was represented by Dr. Rislanudeen Muhammad who is the General Manager Small and Medium Enterprises, North said the Youth Revolving Funds Scheme is a matching funds agreement where the state government and BOI contributes N250m each.
The MD BOI stressed that research has shown that Nigeria has one of the highest youths population in the world with current unemployment rate estimated at 33.3 percent which makes the need for intervention imperative.
“We are optimistic that this funding partnership will expand the capacity and productivity of MSMEs in this great state,” Dr. Pitan said.
He assured that the Bank of Industry would continue to play significant role in boosting Nigeria enterprises through the provision of innovative financial services mostly in single digit interest rates on loans.
On her part, the Senior Special Assistant to the Governor and Focal Person, Human Capital Development, Habiba Balarabe Suleiman appreciated the Bank of Industry as well as the governor for adopting what she called game changer.
She stressed that, the state government had lived up to it’s responsibilities by paving the way for the youths of the state to access funds to finance their business ideas thereby curbing restiveness which is prevalent amongst the youths.
In his vote of thanks, the state Deputy Governor, Dr. Emmanuel Akabe who is the Chairman Human Capital Development said he realized that the agreement with Bank of Industry had become imperative soon after they trained over 200 youths on employability skills with nothing to offer them as startup incentives.
He appreciated the governor for making the process seamless through prompt approval of the N250m matching funds which culminated into the MoU signing ceremony. 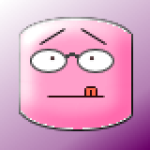