After being carved out of the old Plateau State in 1996, Nasarawa State returned “home” to Plateau State after 24 years to offer condolences and stand in solidarity with the government and people of Plateau State who recently lost lives to armed bandits in Mangu and Bokkos local government areas.

It was an emotional homecoming and a renewal of ancestral ties when His Excellency, Governor Abdullahi A Sule led a high calibre delegation of 29 Elders, Stakeholders, Political Icons and Traditional Rulers from Nasarawa State to visit and sympathize with the people of Plateau State.

By this condolence visit, His Excellency, Engineer Abdullahi A Sule continues his remarkable peace diplomacy within the North Central region as he carried his torch of peace, unity and brotherliness to condole and sympathize with the people of Plateau State.

His Excellency Engineer Abdullahi A Sule was received in goverment house Rayfield with a galaxy of eminent citizens of Nasarawa State including former Governor, Senator Abdullahi Adamu CON to to renew ties of friendship, unity and brotherliness, as Plateuau State goes through a difficult period. 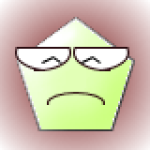